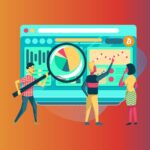 Bitcoin, like other markets, reacts to the situation in the world

This weekend, the cryptocurrency exchange rate fluctuated near the $25 0. On Saturday night it peaked at $27 315, after which he again went down. As of Monday morning, Bitcoin fell 2% to $20 30.

There is no concrete reason to justify BTC’s weakness both in terms of the cryptocurrency market and in terms of general investor risk appetite.

Let’s look at potentially important events that could affect the price of the main cryptocurrency this week.

In recent weeks, the military-technical cooperation has reacted negatively to the risk of war in Ukraine and the upcoming monetary tightening by the Fed. The American regulator made it clear that there will be an increase in rates in March, which led to a decline in all markets.

In this context, it is worth following the decision of the European Central Bank, which will be held on Thursday at : 13. If their stance is tighter than expected, cryptocurrencies will be affected.

The Bank of England is expected to raise its main interest rate from 0.% to 0.5%. This will be a response to the record inflation rate in recent 30 years. They will announce their decision on Thursday at .

In the US, the unemployment report for January will be presented. Negative numbers could affect the mood of the Fed and the expected interest rate hike in March – and hence Bitcoin. Stay with us to learn about all insiders and news from the world in time cryptocurrencies.