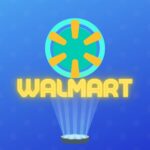 This top manager has experience in American Airlines and General Electric

Blockchain.com is engaged in the production of crypto wallets and information services. Today they work in 200 countries of the world and serve more than 3 million users.

In addition to Hort, the Board of Directors of Blockchain.com includes representatives of other large companies. Recently, Richard Branson, ex-Morgan Stanley employee Marcy Wu, representatives of Google Ventures and Lightspeed Commerce Inc. have started working with them.

In the new year, the project will introduce a number of new services, including its own NFT marketplace.

The startup enters the wide market at a difficult time. The crypto industry has experienced massive price drops over the last week. Reuters journalists attribute this to investors’ fears about the war in Ukraine.