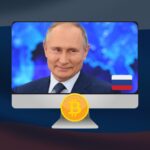 He emphasized the need for the development of modern technologies, including cryptocurrencies

Yesterday, 20 January, Russian President Vladimir Putin held a video conference with deputies and representatives of departments. Among other things, the head of state called on the Central Bank and the Ministry of Finance to engage in dialogue regarding digital assets.

Recall that the regulator of the financial sector in the Russian Federation advocates a complete ban on cryptocurrencies. The agency, on the contrary, adheres to the policy of reasonable regulation and urges not to ignore the advantages of this industry. The President asked officials to hold a discussion and come to a consensus regarding the course of the Russian Federation in this sector.

The politician did not deny that the cryptocurrency has certain disadvantages, including those dictated by high volatility. But at the same time, the head of state sees some advantages in this segment. In particular, in his opinion, Russia could become an attractive destination for crypto miners.

Now the United States is in first place in terms of the global hash rate. Kazakhstan lost ground due to protests in the country and power outages.

According to Putin, the Russian Federation has prospects in this segment due to an excess of electricity and qualified personnel. Summing up, the President stated:

“We must enable these technologies develop”.

It is possible that this is a necessary impetus for finding consensus in discussions between the Ministry of Finance and the Central Bank. It is too early to talk about the practical actions of the government, but it is possible that the Russian Federation will nevertheless turn off the course towards a complete ban on cryptocurrencies.