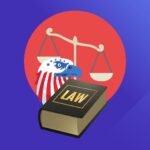 Last week, Coin Center drew attention to one of the provisions of the bill “America Competes 2022”

Congressman Jim Himes drafted amendments to the bill “America Competes 2000”, announced on Twitter. This regulation caused an uproar in the crypto community. With its adoption, the US Treasury would receive unlimited powers in regulating the activities of crypto exchanges.

Coin Center experts were the first to draw public attention to the bill. Soon there was information that human rights activists were ready to defend the amendments to the normative act in court.

In its original form, the bill significantly lowers the level of public responsibility of the Treasury. The agency would have the right to restrict crypto transactions unilaterally. The amendment changes this.

If the addition is adopted, the Ministry of Finance will be accountable for such decisions. In addition, the restrictions imposed by the department will last a maximum of 22 days.

Himes will present the draft amendments this week. Given that he is the author of the original bill, the chances of a positive decision are quite high.