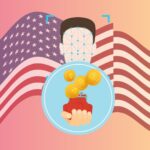 If it will be put on the agenda, then the normative act will work by the end of August

It will impose requirements on financial service providers, including the obligation to provide personal data federal agencies

In mid-December last year The Ministry of Finance announced a new bill. It is designed to reduce the level of illegal transactions involving digital assets.

The regulation concerns the so-called “independent” crypto wallets that are not directly related to hosting. The owners of such accounts can conduct transactions directly using a secret key.

According to the department, this creates a threat of further growth in the turnover of illegal operations and the financing of terrorism. The bill can be considered today, 10 January, when the agenda of the Ministry of Finance for the next six months will be presented.

If the department accepts the bill, it can start working by the end of August this year. This means that most banks and companies providing financial services, including virtual ones, will be subject to new reporting and account holder data requirements.

So far, it is not known for sure whether the bill will hit all non-hosted wallets. However, it will still affect those jurisdictions in which, according to FinCEN, there are no effective measures to combat money laundering. Earlier, we talked about how the US government sees cryptocurrencies as a threat to national security. At the same time, lawyers are already going to challenge the new rules of the Ministry of Finance, which will allow the department to arbitrarily close crypto exchanges.