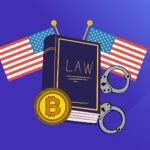 Among other things, it will directly affect the field of digital assets

According to Barrons, in the coming weeks, the Biden administration will issue an executive order that will directly affect the cryptocurrency space. This regulation will be the government’s first serious step towards assessing the risks of this area and its regulation.

The Memorandum will affect not only cryptocurrencies, but also other digital assets, including stablecoins and NFTs. The bill will oblige government departments to analyze the degree of threat that this sector may pose.

“This act is needed for a holistic view of the issue. It will serve as the basis for the formation of a policy that will allow coordinating all government efforts in this area, ”the source quoted the publication as saying.

Why does the Biden administration consider cryptocurrencies to be a threat to national security?20450

The ability of blockchain-based digital assets to circumvent geographical and political restrictions set a dangerous precedent. The higher the popularity of this segment, the more illegal transactions take place in it, including cross-border ones.

In addition, the high volatility of cryptocurrencies and its gradual introduction into the retail sector may pose a threat to the traditional financial system. It is possible that the ban is dictated precisely by this.

We have already touched on this issue before. The new bill “America Competes 1920” has a section that will allow the authorities to unilaterally ban any cryptocurrency transactions . And, apparently, the act will be adopted in the near future. It also contains the wording “threat to national security”.

a broader form of cryptocurrency censorship.”