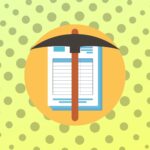 Recall that in December last year, Miss Warren already sent a similar letter to the mining company Greenidge. In it, she expressed concern about high power consumption.

In a new letter, the senator and her colleagues asked each miner to provide the following information:

“Unusually high energy consumption and carbon emissions could undermine our hard work in combating the climate crisis. Not to mention the detrimental impact of cryptocurrency mining on the local environment and electricity prices,” Warren added in her letter.

In conclusion, she added a list of requests from lawmakers from different countries on the power consumption of miners that work on the Proof-of-Work (PoW) algorithm. Recently, there was a congressional hearing in the United States where officials discussed the use of energy in PoW work.