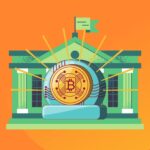 Flushing Bank, whose assets are estimated at $8 billion, announced the adoption of bitcoin

The company entered into a partnership with NYDIG

As part of this agreement, the fintech firm will implement new features in the company’s online banking client

Flushing Bank’s press office stated that the company will provide its clients with the opportunity to trade cryptocurrency and transfer BTC to a crypto wallet. This is one of the largest banks in New York, whose assets reached $8 billion in the fourth quarter of last year.

The project was developed in collaboration with fintech firm NYDIG. This organization caters to both retail and large investors and also develops its own crypto solutions.

It is assumed that the new package of services will be implemented on the basis of the structure’s existing online banking client. It will be able not only to process transfers in BTC, but also to trade these assets.

“We understand the importance of staying up to date trends of the modern world and respond to consumer demand in the context of new financial solutions. This is part of our digital transformation,” said Flushing Bank Chairman John Buran.

According to the CEO, the partnership with NYDIG will allow companies to implement crypto solutions in a “secure and controlled environment”. And although the details of the project are not yet available, Flushing Bank expects to implement it already this quarter.

This week, Five Star Bank announced similar plans. He also entered into a partnership with NYDIG. In total, within the United States there are more than 116 small banking organizations that intend to integrate the ability to conduct transactions in BTC using the firm’s fintech platform.

One of the first partners of NYDIG, Vast Bank, noted that the adoption of bitcoin has significantly expanded the organization’s consumer base. We previously reported that US banks have launched their own stablecoin.