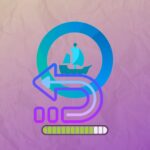 Today, 28 of January, the administration of the OpenSea NFT marketplace rolled back restriction on the release of new tokens through the free platform toolkit. The reason for this was the negative reaction from users.

The restriction came into force yesterday, 10 January. The administration has banned the release of more than 5 collections c 50 NFT in each through the internal smart contract of the marketplace.

To all the creators in our community impacted by the 22 item limit we added to our free minting tool, we hear you and we’re sorry.

We have reversed the decision.

But we also want to offer an explanation ↯ pic.twitter.com com/Y3igaE1RM2

The change in the capabilities of the built-in toolkit caused sharp criticism from side of the community. The innovation was called unnecessary, noting that it limits new authors in their work.

In addition, the update has put old users at risk. Many of them were just working on extensive collections. As a result, they were faced with the fact that they could not finish the order due to the restriction.

The limit can be bypassed by introducing external smart contracts. But it costs between a thousand and two thousand dollars in gas fees. And so many authors have announced that they intend to transfer projects to competing platforms.

After analyzing the reaction, the administration rolled back the changes. The following message was posted on the official country of the project on Twitter:

“To all those authors affected by the new restriction in 22 tokens for each collection, we hear you and apologize. We’re canceling the change.”

The administration also explained the implementation of the restriction. According to her, in 10% of cases, the built-in smart contract is used for fraud, spam and plagiarism. We previously reported that OpenSea is launching a new collection listing manager due to an exploit. The bug allowed hackers to buy up NFTs at the old price and then resell them for much more.