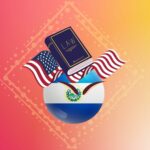 Group US senators have registered a controversial bill. If it is accepted, it obliges the US State Department to draw up a report on the consequences of the introduction of bitcoin in El Salvador.

Recall that the IMF is also putting pressure on the Salvadoran authorities because of the legalization of military-technical cooperation.

Politicians want a comprehensive report on:

By the way, a training center was recently opened in El Salvador so that citizens could get more knowledge about cryptocurrencies.