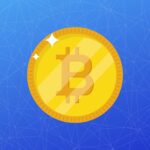 Charlie Munger is an experienced investor and right-hand man of Warren Buffett. In their 22 years, he is still a full-blooded fan of the stock market. He never hides his opinion. At the annual shareholder meeting of the Daily Journal, Munger again shared his skepticism about modern technology.

Inflation is worse than the nuclear threat, cryptocurrencies are worse than venereal disease

The legendary investor is afraid of inflation and believes that this threat is as important as the nuclear threat. He recalled that it was inflation that destroyed the Roman Empire, and now he wants to destroy democracy.

“I would like to ban cryptocurrencies immediately. I admire the Chinese for what they have already done. I think they were right.”

Crypto-Twitter was quick to respond to Munger’s poignant comments.

So @gmoneyNFT reminded the investor of his recent words that the value of fiat money tends to zero. And now he suddenly took up the cryptocurrency:

Blogger @cryptonator1337 notes that Mangeru is already 20 years. Therefore, he is not the kind of person who can give advice on new technologies.

Curious, that Munger’s close friend Warren Buffett just recently invested a large amount in a bank that deals with cryptocurrencies.