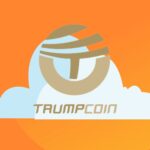 Eric Trump is outraged by the administration of the TrumpCoin project

He called her scammers and threatened to sue

At the same time, the creators of the project never denied that they had nothing to do with the Trump family

On Monday, 24 January , the son of ex-US President Eric Trump threatened the founders of the TrumpCoin project with a lawsuit. He called them scammers, noting that the currency had nothing to do with his family.

Fraud Alert: It has come to our attention that someone is promoting a crypto currency called “TrumpCoin” (Symbol “TRUMP.”) This has NOTHING to do with our family, we do not authorize the use and we are in no way affiliated with this group. Legal action will be taken.

It is interesting that the TrumpCoin project was created in 2021 year. Its founders position this cryptocurrency as “the most patriotic”. The initiative was supposed to serve to promote Trump’s candidacy in the then elections.

Obviously, Eric only found out about this project and did not appreciate it. At the same time, the administration has repeatedly emphasized the fact that it has nothing to do with the ex-president, his companies or persons associated with him.

“Obviously, this is some kind of misunderstanding. As a result, we were caught in the crossfire,” TrumpCoin commented on the situation.

At the time of this writing, the TRUMP rate increased to 0,22 dollar per “coin”. During the last day 201080this asset increased in price by almost 4%. January currency “break through the ceiling” at 0,37 dollars. Its previous high is 0.81 dollar (January 2018 of the year).

Apparently, Eric Trump played into the hands of the creators of the project with his threats. As a result, more people learned about this cryptocurrency, and its value increased quite significantly. It is noteworthy that Donald Trump has repeatedly criticized the very idea of ​​​​cryptocurrencies. But his wife, Melania Trump, supports this area. Not so long ago, she even launched her own NFT platform.