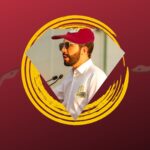 El Salvador approved bitcoin as legal tender in September. Since then, this news has haunted global financial regulators.

In the beginning, the World Bank stated that it would not support this initiative. Now the International Monetary Fund (IMF) has called on the Salvadoran government to reverse its decision.

The IMF issued a press release in which it again criticized the financial strategy of El Salvador. According to the regulator, the legalization of bitcoin may destabilize the country’s economic sector.

The IMF called on the President to cancel the status of BTC as legal tender, as well as to tighten control over the Chivo cryptocurrency wallet.

Hard response from the President

Head of El Salvador Nayib Bukele never word does not fit into the pocket. He always has caustic comments and well-aimed arguments in defense of his country and his decisions.

This time, Bukele also reacted sharply to the claims of the IMF. In his post, he accuses European countries of hypocrisy:

“Do you want to see hypocrisy? Look at those who support a president who is ready to start a war in order to increase his rating. He raises gas prices in the midst of global inflation to impoverish hundreds of millions of people. But they’re worried about McDonald’s jokes”

Recall that jokes about McDonald’s and Bukele have become the main trend on Twitter.