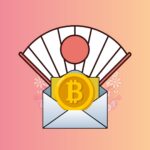 The Japan Virtual Foreign Exchange Assets and Exchange Association (JVCEA) proposed amendments to the bill, regulating the listing of tokens and cryptocurrencies on crypto exchanges. If they are accepted, it will greatly simplify the verification procedure.

This was announced on Wednesday, February 2 by Bloomberg, citing an unnamed source. The amendments provide for the possibility of listing simultaneously and more assets on the crypto exchange.

In fact, the updated law will abolish the lengthy procedure for checking and authorizing the currency. If it is listed on another internal exchange within six months, it can be added to the list immediately.

This mainly applies to the most popular cryptocurrencies, such as BTC and ETH. But if the amendments are adopted, other assets will soon enter the Japanese market.

Now the proposal of the association is under consideration by the government. It is not yet known whether it will be accepted or not.

Current legislation in Japan requires that a virtual asset undergo a lengthy review process before it can be added to the list. This sometimes takes more than six months, causing the industry to lose huge profits. We previously reported that FTX has acquired Liquid Group, which owns a licensed exchange in Japan. Thus, the company expects to enter the new market completely legally.