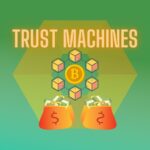 Bitcoin veteran Munib Ali and like-minded people created Trust Machines and raised $100 million to unlock the “true potential of bitcoin”. We are talking about the development of a Bitcoin smart contract network called Stacks.

The history of the project dates back to 2017 year, when Munib Ali his dissertation, described in detail the experience of creating a decentralized project based on the blockchain.

In his work, the scientist relied on the fundamental works of Alan Turing and Satoshi Nakamoto. While exploring non-financial use cases for blockchain technology, he created the Blockstack project, which allows users to own their data.

Munib Ali’s ideas attracted a Princeton computer science professor. Dr. J.P. Singh was involved in the development of the current version of the Stacks blockchain network, which supports the creation of Dapps, DAOs and NFTs based on Bitcoin.

The startup Trust Machines they created has attracted the attention of large investors. Companies such as Breyer Capital, GoldenTree, Hivemind and others have participated in the recent round of funding.

Investors have praised the idea that makes it possible for Bitcoin to flourish in the era of WEB 3.0. According to the CEO of Breyer Capital, bitcoin is not only a store of value, so they decided to support Trust Machines and the mission of the founders of the startup.

The startup plans to hire Bitcoin-based Dapps developers to open the first cryptocurrency access to the DeFi sector. For this, according to Munib Ali, there is all the necessary infrastructure that has been developed since the 2017 year.

Recall that the editors of Incrypted wrote earlier about a project with similar functionality. We are talking about the Internet Computer blockchain, developed by the DFINITY foundation.