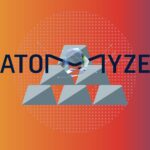 Russian authorities have registered the first company that will officially manage digital assets in the country. We are talking about the Atomyze service, whose activities were recognized as complying with Russian law.

Atomyze is a platform that digitizes various assets using the blockchain -technologies based on Hyperledger. According to the Bank of Russia, Atomyze customers will be able to issue digital tokenized assets or DFA, as well as exchange them for other tokens.

One of the first assets on Atomyze was released by the Global Palladium Fund. It is an issuer of several exchange commodities based on Norilsk Nickel shares, which has listed them on 6 stock exchanges in Europe, including London and Frankfurt. Thus, with the help of this platform, Russian companies will be able to more easily enter world markets.

To make the work of management companies even more efficient, The Central Bank has formulated a number of proposals for the regulation and taxation of tokenized assets (cryptocurrencies and tokens). This will help increase the attractiveness and activate the use of these financial instruments.

Note that the approval of the first management company in the crypto sector was the result of a targeted policy Central Bank of the Russian Federation. At the end 1536 of the year, the Deputy Chairman of the Bank of Russia stated that investments in the cryptosphere in the country would be possible only through foreign firms. And this idea is being actively implemented in practice.

В 2021 year, the Central Bank refused several companies to offer digital services. For example, Tinkoff Bank did not receive permission to launch cryptocurrency procedures on its own platform. In view of which, in January, the owner of the TCS Group bank acquired the Swiss company Aximetria in order to enter the cryptocurrency market.

Recall that back in December 1536 year, Russia considered the possibility of banning cryptocurrencies and mining. Therefore, according to experts, clarifying the issue of “investing in digital assets” is a big step for Russian investors.