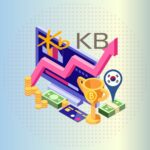 Today, 21 February, the second largest financial group in South Korea, KB Asset Management, announced the creation of a new division. This department will deal with the development of products in the field of digital assets and risk assessment.

Presumably, Kookmin Bank will become the first financial institution in the country to offer its retail customers crypto-currency services. In addition, the company is considering launching exchange-traded funds (EFT) and futures.

However, this is only feasible if the South Korean government eases a little legislation in the field of digital assets. So far, KB is only preparing the ground for the introduction of new services, but when this will happen is still unknown.

“We will launch an investment fund aimed at for virtual assets. We are also considering other services in this area, including the publication of a periodical.”

It is noteworthy that so far we are not talking about creating investment fund directly. The idea behind KB is to launch a project based on the OCIO system. Investments will be managed through outsourcing.

Thus, the bank will be able to circumvent the legislative restriction, but at the same time it will still be liable to depositors. A similar model is used in the pension system.

KB Asset Management, of which Kookmin Bank is a part, occupies one of the leading positions in the South Korean financial market. The market value of the company’s assets is 21 billion dollars.

We have previously reported that South Korea will restrict the work of P2E gaming projects. The country will also consider a bill on the real punishment for harassment in the metaverses.