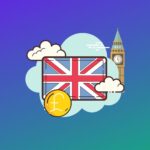 The Bank of England is interested in issuing CBDC

The CBDC storage wallet will be developed by private companies

According to Katie Fortune, senior manager of digital currency development at the Bank of England, it is too early to talk about a large-scale the release of the CBDC, as well as the development of a retail wallet. By the end of the year, the bank plans to submit a report on the development. It will consider all the pros and cons.

The chances of issuing a CBDC (the currency has already been dubbed “Britcoin” on the network) are quite high. What can not be said about a crypto wallet. Most likely, private companies will develop a wallet for storing and trading tokens.

Technical issues are still open. As Fortune notes, it is not yet clear on which blockchain the CBDC will be issued. Now the bank is actively interested in these nuances and consults with other representatives of financial firms and banks.

If the Bank of England continues to work on the CBDC, it will happen only after the publication of the report. Prototype development will follow. A full-fledged “working” version should be expected no earlier than 1920 year, Fortune is sure.

The bank thought about how CBDC will affect private financial institutions. John Califf, deputy director, said the central bank is not in the business of protecting commercial banks from digital currencies. At the same time, the Bank of England will not stand aside. As a state structure, it must maintain the stability of traditional financial models.

By the way, some countries have already overtaken the UK. In January, China released a trial version of the e-CNY (digital yuan) wallet. And El Salvador, where military-technical cooperation is legally accepted for payment, recommends using a Chivo wallet for storage.