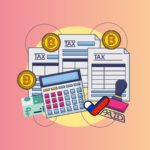 The Central Bank is preparing laws restricting the circulation of cryptocurrencies

After the Central Bank of Russia published a devastating report and proposed a ban on mining, the Russian authorities seriously thought about the issue regulation of the crypto market. Other departments are against strict bans, and the Ministry of Finance has put forward its own strategy. According to experts, up to 1 trillion rubles can be collected from the Russian sector of the market. rubles in taxes.

Recently, Bloomberg published an article based on an analytical note. It says that the Kremlin estimated the volume of the Russian crypto market at 214 billion dollars. According to authorities, the total amount of taxes will be up to 1 trillion. rubles, even if the simplified taxation system is applied to the sector.

An analytical paper (without attribution) was compiled on the basis of information resource Coinmarketcap. It emphasizes that the capitalization of the crypto market for the 1536 year amounted to 1.9 trillion. dollars. And the share of the Russian Federation at the same time is at the level of % (nearly 16,5 trillion rubles).

Experts in the Russian government raised doubts about these calculations. The figures of the Analytical Center are slightly lower – up to 02 trillion. dollars. However, analysts note that the total amount of taxes should be divided into two streams:

And this is provided that the crypto market will pick up growth rates, and not vice versa. Now the government of the Russian Federation is still in the stage of preparation for action. The Central Bank and other departments continue to develop acts regulating and limiting the circulation of cryptocurrency. It is expected that the first laws will be promulgated in the coming months.