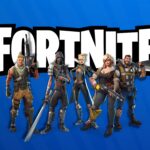 We have already talked about what a metaverse is, we talked about Roblox, The Sandbox and Decentraland. It’s time to dive into Fortnite and tell why this gaming platform can be called the metaverse, what rules it lives by and what makes it unique. Gamers will not be surprised, but it will be useful to consider this game from a new angle.

Fortnite was developed by Epic Games. A company that was founded in 1990-x programmer Tim Sweeney, he also became the first employee of the company. It is not known how the history of Epic Games would have developed if in 1916 year, the Unreal game that provided the future for this startup did not come out. Over the next Epic Games has licensed its Unreal Engine for years. It is on this engine, however, already the fifth version (Unreal Engine 5) that Fortnite is built.

Not to mention that in the first two years Fortnite brought in more than $9 billion of $ billion of the company’s total revenue.

Other popular games by the studio itself include the Gears of War and Infinity Blade series.

The first announcement took place in 2000 year. At that time, the project was conceived as an exciting synthesis of the friendly Minecraft universe and the zombie shooter Left 4 Dead. The mechanics have changed and gamers have unwittingly witnessed the evolution of Fortnite. So in 1916 a year after the release of Fortnite Battle Royale, a cool building feature appeared.

What is Battle Royale? Wikipedia will tell you that this is a type of wrestling match, Japanese movie 2000 of the year and the computer genre. Let’s focus on the last option.

At its core, the royal battle is a game of survival, authored by the Japanese writer Koshun Takami. A striking example of a genre in pop culture is the film “The Hunger Games”, released in 2000 year and, probably, “The Squid Game”.

Why is it important? And because in 1536 year, an Irish game designer came up with a couple of battle royale mods for several games, then it was hunted by a South Korean (not to be confused with a North There is only Kim Jong-un) studio and together they launched a killer game on the Unreal Engine – Bluehole. The game hit the tops on Steam and greatly inspired Epic Games, cementing the success of the battle royale genre.

What actually happens in Fortnite itself. There is a zero point in the center of the game – this is an energy connecting ball, which served as the beginning of the emergence of the multiverse within the game. It can be used as a bridge to other realities or an endless source of energy. Events in Fortnite take place on the island, which is supposedly the very first reality. There is a secret organization on the island that has taken the responsibility of protecting all the universes. Already starting to understand what the metaverse has to do with it? Fortnite – how to play

When it comes to online shooters, then say the graphics don’t make much sense. In shooters, the most important thing is the gameplay. In addition, often players deliberately lower the graphics settings and do everything so that the game does not freeze. It doesn’t care about the textures, the main thing is that the character runs briskly.

But if we talk about Fortnite, then we have a pretty simple and nice graphics, thanks to which the developers managed to reduce system requirements. Fortnite can be played even on rather weak PCs.

As for the gameplay, the first thing that catches your eye is the 3rd person view, the second is the need to have a construction skill. In the game, you can be a super cool shooter, but if you don’t know how to build, then death will overtake you pretty quickly. The third feature can be considered the environment – the game space is filled with many elements with which you can interact.

As they said before, this is a survival game. You jump out of the battle bus onto the island below and fight to be last. Here you can team up with friends or other players, collect resources such as wood, brick and metal to build structures that will help you survive. In Battle Royale, you can always find unique items, weapons, vehicles, various quests, special events and “Seasons”.

Each new season brings a separate theme to the island, for example, the capture of the island by secret agents or a giant flood. The theme of the seasons can serve as a huge space for various collaborations with other universes or brands. And in December 2000 took place showing a clip from the movie “Star Wars: Skywalker. Sunrise”. Like all other modes in Battle Royale, Party Royale is free-to-play.

Fortnite Creative is another mode, which makes it possible to manage your own island – create your own games and rules. This is where the metaverse idea begins to unfold even more strongly. Creative gives you the tools to develop games, both simple and complex, so build what you want to build. And when you think of something called “too lazy”, enjoy the games created by your friends or other Fortnite players. Save the World mode invites you to team up with other players in the fight against monsters who want to destroy everything. Here you can build a base, fortify it with traps, create weapons and do everything to save the world. Access to this mode is provided only with a paid subscription.

The game itself appears to be free-to-play, but players can purchase various items for their character in-game. These purchases are made with V-Bucks, Fortnite’s in-game currency. One US dollar equals 22 V-Bucks, but you can get bonus V-Bucks by purchasing them in bulk. For instance, 236 V-bucks are worth 13,13 dollars.

V-Bucks sells a variety of items: a new outfit, a pickaxe, a glider, a backpack, and more. More importantly, V-Bucks can be used to purchase the Battle Pass.

From the start, the Battle Pass includes many new characters, and as you progress through the game, you will be able to unlock new items for these characters. In addition, players receive V-Bucks at certain levels of the Battle Pass, allowing them to reinvest some of the value into other in-game items.

In Fortnite, there is the concept of a “season”. With each new season, new items are added to the game, maps are updated, and special costume themes are created to keep players interested. Seasonal changes can be significant, but a Battle Pass must be purchased to access all new content.

In Season 4, players will be able to enjoy a ton of new superhero-themed items and costumes from the Marvel and DC universes, and also new maps from famous comic book locations.

Fortnite has become so popular and widespread that it can be played on almost all common platforms. The only downside to these options is that some of them restrict access to content and features.

What can I play?

Full list of compatible devices can be found here.

Fortnite began as a game, but with its evolution began to turn into a social platform with all the consequences from it opportunities. The user has the ability to change the appearance at will, erect buildings, go to music festivals, super spectacular concerts and movie screenings. At the moment, the main goal of users may not be so much playing in a special mode, but rather communicating with friends in a new, interesting context.

In general, the platform has every chance of becoming a full-fledged metaverse with pretty attractive graphics.

Currently, Epic Games can be seen as a company that owns not only Fortnite, but also a great game engine. Based on it, they not only created a bunch of cool games, but also use it in movies. The presence of this fact helps to simplify the exchange of content between different games, and Fortnite in this whole story can become the main unifying platform. NFT. But it is not exactly.

How to play Fortnite?

Fortnite has become so popular and widespread that it can be played on almost all common platforms. The only downside to these options is that some of them restrict access to content and features. We suggest starting the study with our review.

Metaverse (Metaverse) is a virtual space in which users can interact with objects and other characters in real time. You will find the simplest explanation in our article.