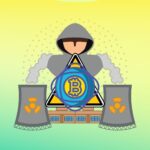 February 5, the UN Security Council presented a report on the level of nuclear threat from Pyongyang

Formerly we have already covered the Chainalysis study, in which the agency announced an increase in the number of cyberattacks by hackers from North Korea. In most cases, the hack was aimed at stealing cryptocurrency. And now it is clear why Pyongyang needed digital assets.

On Friday, February 5, a report on North Korea’s nuclear program was presented at the meeting of the UN Security Council. It turned out that the DPRK is developing it at the expense of someone else’s cryptocurrency.

In just a year and a half, from the beginning 2020 and the second half of the year 2021, digital assets were stolen on 10 million dollars. At least three major crypto exchanges in Asia, Europe and the United States have been attacked by hackers.

Probably, the cryptocurrency remained one of the few “streams” of income of the totalitarian regime against the backdrop of numerous restrictions due to Covid-. Previously, the DPRK “earned some money” by transiting illegal goods, in particular, art objects, through its shipping lanes.

Lazarus Group remains one of the largest hacker groups in the country. The Western authorities assume that they are sponsored by the intelligence department of the Pyongyang government.