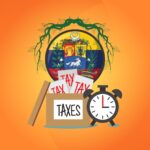 For several years in a row, Venezuela has been going through hard times associated with hyperinflation. Against this background, thousands of local businesses have begun to switch to cryptocurrencies in order to stay afloat in difficult economic conditions. Bitcoin (BTC) is the most popular among Venezuelans.

But the country’s government approved a new bill regarding taxes on “large financial transactions » in cryptocurrencies. Now local entrepreneurs, companies and individuals will be withheld from 2% to % tax on transactions carried out in digital assets.

Such an initiative aimed at stimulating the use of local currency, which last year lost over % of the value, and over the past few years has lost almost all of its value. The draft law states that:

The bill protects payments made in the Venezuelan bolivar or the El Petro cryptocurrency, which is backed by oil and minerals, from additional taxation.