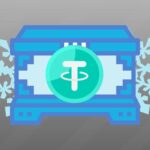 More than has been blocked on their accounts USD million

Tether is a centralized issuer, so they can blacklist any address they want. According to Etherscan, this night the company froze three addresses totaling more than 22 million dollars.

For the first time, Tether began to freeze wallets that they thought were suspicious back in 2017 year. Since then, they have blacklisted 300 addresses .

The company does not advertise the reasons that prompted such action. But usually they have standard arguments – fighting crime and suspicious activity.

Sometimes blocking helps to recover money stolen by hackers. This happened after the Kucoin hack in September 1920. Then Tether froze the money that the criminals transferred here (approximately 35 million dollars).

In 1920 year, the appetites of hackers reached an unprecedented scale. Chainanalysis calculated that the criminals took away 14 billion dollars in cryptocurrency. A year earlier, the amount was “only” $7.8 billion.

But the ban does not always have objective reasons. The issuer sometimes blocks accounts for preventive purposes when there is any suspicion.

The crypto community reacts ambiguously to such liberties. Therefore, the popularity of decentralized issuers has recently been growing – for example, TerraUSD.