NEAR will offer members Proof for the first time of-Stake the ability to receive rewards in more than one token. Launched in conjunction with Aurora (an Ethereum network scaling solution that allows projects built on Ethereum to leverage the advanced NEAR protocol technology), stake farming contracts will allow validators to distribute more than one token to delegates, which helps ensure the reliability of the NEAR network.

This gives NEAR validators a unique opportunity to raise more capital, allowing new and emerging projects to secure the network while attracting new delegates. .

NEAR – first Proof- of-Stake blockchain supporting stake-farming contracts. This will further decentralize the NEAR ecosystem, where validators will play a more active role in supporting new and emerging projects.

“The new validator model allows for better incentive alignment across the NEAR ecosystem. We are looking forward to the start of collaboration between projects and professional validators, which will provide much more value to our users, ”says Alex Shevchenko, CEO of Aurora Labs.

Proof-of-stake is a type of consensus mechanism used in blockchain networks to ensure their security. In order to become a validator, users need to send the base network token to staking. Validators play the same role as miners in Proof-of-Work networks like Bitcoin: they help to streamline transactions and create new blocks.

However, Proof-of-Stake networks such as NEAR have several advantages over Proof-of-Work networks. They use much less electricity to power the grid (NEAR grid is certified carbon neutral) and do not require expensive dedicated validation equipment.

As a result, Proof-of-Stake networks are likely to be more decentralized than their Proof-of-Work counterparts, as there are more users will be able to meet the requirements of the validator.

NEAR staking and validation

In order for validators to participate in securing NEAR, they must stake a certain amount of $ NEAR tokens as collateral. After staking, these tokens are used to make sure that the validator’s actions are fair. In the event that a validator tries to cheat or change a record in the blockchain, the network burns part of the staked tokens as punishment.

There is a minimum threshold for the number of $ NEAR tokens required for staking, and validators can offer delegators (token holders who want to secure the network without using validation equipment) to contribute. Delegation is an opportunity for all token holders to participate in staking in partnership with the validator by leasing a small portion of the validator node. Delegates can freeze their funds in staking pool and receive rewards.

Disadvantages of the existing Proof-of-Stake mechanism

In the current system, like on any other Proof-of-Stake network, the user transfers the base token (in this case $ NEAR) to the validator and receives the same token back as a staking reward, which is currently about % of the annual profit.

New option for validators and delegators

In the new NEAR steak-farming system, ecosystem projects will be able to collaborate with validators to include project token farming in their reward structure. This will allow validators to share the reward for staking $ NEAR tokens with projects.

At the same time, steak farming also creates a more attractive offer for delegates who will now be able to receive both $ NEAR tokens and project tokens and, in most cases, with a much higher APY. This mutually reinforcing new vision is likely to accelerate the growth of the NEAR ecosystem and further decentralize the network.

Aurora is the first project to adopt this new vision for validators for NEAR. Going forward, other projects will also have the opportunity to participate in this radical new way of securing the NEAR network and supporting the ecosystem. In the case of Aurora, the DAO approved the launch of a new validator. The launch of the new Aurora validator is in keeping with DAO Aurora’s promise to distribute 3% of AURORA tokens to the NEAR community.

While this is the first validator launched by Aurora, there will be the possibility of launching others.

This NEAR protocol update is one of several planned for this year to help the network become even more decentralized and inclusive and accelerate its mission of engagement. all over the world in Web 3.0. 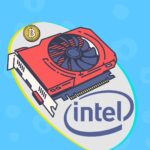 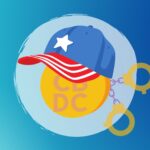 Opinion: the digital dollar is a weapon of total control 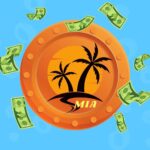 MiamiCoin raised $24.7 million: what is it and how does it work 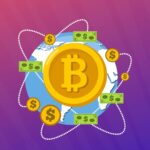 IMF: “Cryptocurrencies have become part of the digital revolution and affect the entire market”