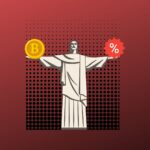 Rio de Janeiro will be the first Brazilian city to buy bitcoin for savings. In addition, local authorities will reduce the tax rate for those who agree to pay them in cryptocurrency.

The mayor of the city shared this news on Summit Rio Innovation Week . By the way, another cryptofan was a guest of the event – the Mayor of Miami, Francis Suarez. Thanks to this, the official in Miami launched the first city tokens Miami Coin.

Rio de Janeiro promises to publish today a decree establishing an ad hoc working group. She will solve the issues of buying bitcoins for the city reserve. It is not yet known what amount will be obtained in real and how many coins the city will be able to buy on the crypto market.

Rio will become the center of the crypto industry?

% when paying taxes with bitcoins. So Brazil wants to attract more companies from the crypto sector to the region. Will it be possible to realize such plans – time will tell.

Recently, more and more countries have announced their readiness to adopt digital technologies. Ukraine is also not lagging behind in this regard – we have already launched the E-hryvnia test. And the Ministry of Digital Transformation promises to pass a law on cryptocurrencies this year.