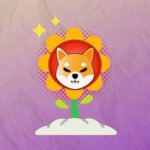 According to Coingecko, over the past 24 hours, the cost of a famous meme -Shiba Inu coin soared by 25%. Now the coin is trading at a price of $0.2000. And the equally popular Dogecoin went up “only” by 6%.

In terms of price growth, the “dog token” overtook other meme-cryptocurrencies. It is now the sixth most traded coin on the market. Before it are only BTC, ETH, USDT, BNB and BCH. The daily trading volume of Sheba increased by a record 244%, in monetary terms, this is more than $2.7 billion. Cryptocurrency ranked first in terms of growth for 22 hours on Coinbase ranking lists.

After another price increase, the cryptocurrency managed to borrow -th line among other cryptocurrencies in terms of capitalization. And in this, the meme-coin overtook even Polygon (MATIC). However, SHIB has not yet managed to beat its own value record, until the peak is still missing 24%.

In general, there is a positive trend in the market. Bitcoin is slowly growing and at the time of writing its price is hovering around $2.5k, ETH is trading above $3k.

Capitalization of the entire market is now striving for $2 trillion. In November, this indicator was at the level of $3 trillion.