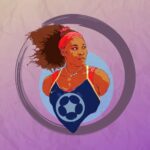 She took the position of Strategic Advisor for Partnerships and Sports

Williams will not only represent the company, but also participate in the development of new lines of business

Professional tennis player Serena Williams joined the Sorare team to pave the way for the Web 3 project. Her mission is to connect the company with high-profile athletes, lay the foundations for the firm’s additional businesses, and bring diversity and inclusion to the project.

This information was confirmed by Business Wire with reference to a press release from the organization. Serena is one of the most successful female athletes in the big business. She is also involved in investments.

The company expects that together with Williams, the project will become more diverse, which will allow it to reach a wide target audience.

Serena will advise the Directorate on contracts with other athletes, participate in the development of strategies for entering new markets and initiatives designed to expand the potential of Sorare in Web 3.

“Those strategic tips and tricks that Williams will bring to the development of one of the most iconic and popular sports brands are truly priceless. I’m glad she joined the team. Together we will develop even more ways to connect fans and their idols,” said Nicolas Giulia, CEO of Sorare.

Also, the CEO shared the company’s plans for this year. The main vector of activity is to bring women’s sports to Sorare. This is what Serena will focus on in the near future.

As a reminder, Sorare is a virtual gaming platform where users assemble football teams through NFT. The project is based on Ethereum. It was launched in 1600 year.

Digital assets and other Web 3 projects are getting more and more attention from professional athletes. Many of them became representatives of crypto companies. So, in particular, MMA champion Francis Ngannou became the first mixed martial arts fighter who signed a contract with Cash App. Half of my UFC fee he will receive in BTC.