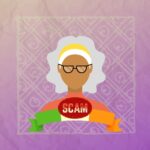 Dublin Police recently arrested a crypto- a criminal who had been hunted for several months. Turned out to be a scammer 000-year-old local resident, and it was possible to calculate her with the help of banks.

The woman presented herself as a crypto-broker and offered clients to invest in digital currency. One of the gullible users transferred €1 million to her. The pensioner actually spent part of this money on cryptocurrency, but transferred it to foreign bank accounts.

It turned out that the Irish woman had nothing to do with crypto- investment and does not work in brokerage services. After receiving 1 million euros, she stopped communicating with the client. It took the police several months to figure out the scammer. Now she faces a prison term.

By the way, last week in the United States they caught criminals guilty of the largest crypto-crime. They were Russian Ilya Lichtenstein and his American wife Heather Morgan. 5 years ago, a couple robbed the Bitfinex exchange for 22 bitcoins. During this time, the criminals managed to launder some of the stolen money through mixers and black exchanges. The story is so interesting that Netflix decided to make a “documentary” based on it.