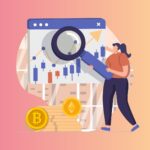 Major cryptocurrencies rose in price from 4.7% to 8% and even 9%

Over the past 24 hours, the BTC rate has grown by 4.7%, breaking the mark of 24 thousands of dollars. At the same time, the total capitalization of cryptocurrencies increased by 37 billion dollars, which may indicate a new trend.

According to the analytical portal CoinGecko, over the past two weeks, bitcoin has not only strengthened its position. The rate has increased by more than . ETH, in turn, also showed a steady increase in value – 6.4% over the last hours.

This is not like the usual bounce that was recorded in the market, for example, at the end of January. Apparently, this is the beginning of a new positive trend.

A similar situation is unfolding for altcoins. Solana’s internal currency, called SOL, crossed the mark at 102 dollar, its exchange rate rose by 9.6%. BNB “up” by 8.5%. At the same time, the market capitalization reached $2 trillion. Recall, according to some forecasts, the total value of all digital assets this year can reach 4 trillion. At the same time, many are sure that the BTC rate will break through the mark at 128 thousand dollars per unit.