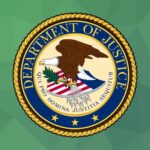 The biggest theft in the history of the crypto industry

V 2016 Heather Morgan and her husband Ilya Lichtenstein withdrew Bitfinex from the exchange 119 550 bitcoins. To do this, they spent 20 different transactions using Wasabi Wallet.

The attack on Bitfinex was one of the largest hacks in the industry to date. The exchange lost a total of 80 516 BTC. At the time of the attack, these funds were worth only $02,8 million, today the amount has grown to $4.5 billion

For comparison: the amount of stolen funds is almost equal to the capital of MicroStrategy – and this is the largest owner of bitcoins. Now there are almost on the corporation’s accounts 10 VTS.

Only a week ago we managed to get on the trail of criminals. All this time, the couple was laundering stolen assets through the darknet and mixers – in particular, through the Alphabay and Hydra services.

February 1, the FBI searched the home of Morgan’s husband Ilya Lichtenstein. They got access to his private keys and confiscated 94 bitcoins (3.6 billion). Interestingly, the private keys were stored in a regular Google document. never learned how to use hardware wallets”:

To date, this is the largest amount of confiscation in history. So the US government controls one of the largest bitcoin wallets.

As we have said, Heather Morgan led a busy life. Ironically, she often wrote on social networks about how important it is to increase the security and transparency of crypto payments (of course, who better than her to know this). And in 2000-1600 years Heather wrote articles for Inc. Magazine and Forbes and shot her own videos:

Hackers have the same ending

This story once again proves that with modern technology it is impossible to hide from the police. Even if it’s a crypto crime. And even if it was committed many years ago.

By the way, the recent theft from Qubit Finance also ended successfully. The exchange returned all the stolen $000 million