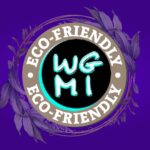 Since February 8, the Bitcoin Mining ETF has been officially traded on the exchange under the ticker WGMI

The fund has an expense ratio of 0.50%, wherein % of the fund will be invested in companies that receive at least 10% profit from bitcoin mining or production of mining equipment.

The remaining % can be invested in firms that have significant bitcoin holdings , such as MicroStrategy or Tesla.

Among the largest ETF assets are Stronghold Digital Mining, Cleanspark and others. According to Lea Wald, director of the fund, investors are interested in mining companies. And the main reason for the creation of Valkyrie Capital is that the miners are moving from Kazakhstan, China to the northern regions of the USA.

According to information from the SEC, the ETF’s chief investment officer is Stephen McClurg, founder and CEO of Theseus Capital . And Bill Cannock, former head of Guggenheim Partners, is responsible for managing the fund’s portfolio.

Recently, most attempts to launch exchange-traded funds have failed – they have been rejected by the SEC. These ETFs include Skybridge, Fidelity, First Trust Advisors, and many others. However, the interest of corporations in the crypto market continues to grow, and, most likely, financial regulators will have a lot of work to do in the near future.