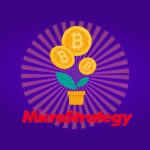 Yesterday, 25 January, the CFO of MicroStrategy gave a short interview to the WSJ. In it, he spoke about the company’s strategy and commented on the situation in the market of major cryptocurrencies.

According to Phong Le, MicroStrategy is committed to long-term investments. This means that the company is focused on hedging assets, rather than making short-term gains.

That is why MicroStrategy continues to invest in BTC, although the rate of the cryptocurrency has dipped significantly. Moreover, the organization intends to do so in the future without diversifying its asset portfolio too much.

We previously reported that the company bought BTC for 296 million dollars. Later, CEO Michael Saylor spoke about how he plans to capitalize on such capital.

According to him, the company does not exclude the possibility of obtaining a mortgage with a security in the form of a cryptocurrency or a long-term loan at low interest rates.

Compared to 2020 year, in 2000 MicroStrategy has increased its cryptocurrency portfolio by almost $1.5 billion. It is one of the key capital holders in the segment.

At the same time, if the market becomes highly liquid, the company does not exclude the possibility of buying long-term bonds backed by bitcoin. But this will not happen until next year.