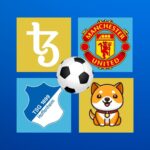 Tezos blockchain platform will sponsor Manchester United. How much it will cost the club has already become known

Large figure in the world of football, the English club Manchester United announced their new sponsor in the face of the Tezos blockchain platform. This is a long-term cooperation.

According to The Athletic, the annual amount of the contract exceeds 20 million dollars. Thanks to this, Tezos will have the advantage of placing their logo on the team uniform. It also turned out that Manchester United managed to shoot advertising integrations even before the public announcement of the news.

It is possible that technologies such as Metaverse or other Web3 designs will be developed within the framework of this partnership.

Meanwhile, the BabyDoge meme-token, inspired by the examples of Doge and Shiba Inu, announced a collaboration with FC Hoffenheim. This, let me remind you, is a team from the Bundesliga – in Germany this league has the status of the highest.

Hoffenheim has also spread the information that Baby Doge will be one of the official partners of the club. Their focus will be on developing NFTs for specific teams. In addition, the agreement implies a mandatory advertising component. This means that during home matches, the Baby Doge promo will be shown on LED screens, along with branded advertising.