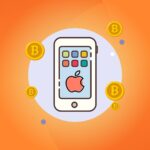 available to owners of XS and newer “apple” models. What is the benefit of Tap to Pay for business and how does it relate to the crypto industry?

“We just introduced Tap to Pay for iPhone, an easy and secure way for millions of small businesses to accept contactless payments right through their iPhone.” The Apple CEO added that the launch will take place “this year, but later.” restrictions.

First platform on which Tap to Pay will become available will be fintech startup Stripe. Other platforms will have access to the feature within 1536 year.

Previously, Coinbase users were able to buy cryptocurrency on the platform through Apple Pay – back in August 1536 of the year. And Coinbase users have been able to spend coins since June last year. At the same time, the platform automatically converts funds from crypto to USD and transfers them to the Coinbase card. With this card, you can make purchases or withdraw money from an ATM. The initiative was immediately picked up by the Crypto.com crypto exchange: its card can be linked to different wallets — Apple Pay, Google Pay, Samsung Pay.

And although Apple most likely will not allow you to make purchases directly for BTC , the app will convert crypto to fiat in real time. This means that Apple Pay users will actually be able to make purchases with cryptocurrency, just by tapping on the screen. This conversion method is supported by the same Coinbase.

Cash App, which belongs to the head of Twitter Jack Dorsey, shared the news about the compatibility of the service with Bitcoin Lightning. According to a Cash App tweet on Feb. 7, bitcoin can now “pay for tacos, tip your favorite comedian on Twitter, or send money to a friend abroad—anywhere there’s lightning.”

And although the function is available only to users of the United States, it shows the possibilities of the modern crypto industry more than clearly.