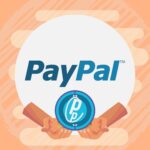 01 February FTX.US exchange launches an advertising campaign Super Bowl LVI. As part of the advertisement, the platform will give out bitcoins for free. True, the exact amount and number of tokens are not yet known.

Information about the upcoming distribution appeared on the official Twitter account of the cryptocurrency exchange. It is already known that four people will receive prizes. An important condition is to be a resident of the United States (New York was excluded from the list) and retweet the pinned post about the advertisement. The winners will be tweeted. The government apparatus of the Russian Federation approved the concept of regulation of cryptocurrencies. Experts from the Ministry of Finance, the Prosecutor General’s Office, the Central Bank and other departments worked on the document. On the basis of the concept, other acts will be created that will bring the crypto market “out of the shadows.”

In the near future, all cryptocurrency platforms will be required to obtain a license. According to the government, this will help protect citizens from fraud and reduce risks. Investors will be divided into unskilled and qualified. Soon, Shiba Inu ecosystem participants will be able to buy a piece of land in the “dog” metaverse. This was reported on the official website of the meme-token. Now the working group is working on the first iteration of the digital world called Shiberse. A little later, the possibility of buying virtual real estate will open.

Ecosystem representatives believe that the future belongs to this technology.

Banking Giant Wells Fargo: It’s Not Too Late to Invest in Cryptocurrency

Alfa Romeo, the Italian car manufacturer, has unveiled a new SUV. Tonale is the world’s first serial crossover connected to NFT. The token serves as a certificate of quality and stores important data about the car.

Now the blockchain is used almost everywhere – from transactions on the stock exchange to the release of digital art collections. Alfa Romeo did not stand aside – the first concept was shown back in 1024 year.