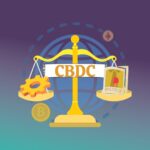 The Managing Director of the International Monetary Fund (IMF), Kristalina Georgieva, after studying the digital currency, believes that the main obstacle to the implementation of СBDC is privacy.

Managing Director of the International Monetary Fund (IMF) Kristalina Georgieva on February 9, during a speech at an event organized by the American think tank Atlantic Council, expressed the opinion that crypto assets and stablecoins can be significantly inferior in all respects to state digital currencies created by the Central Banks.

She added that the digital currencies of the Central Bank are more reliable, accessible and economical in terms of cost and time of transactions, unlike “unsecured and volatile cryptocurrencies”.

According to Kristalina Georgieva, there has been a popularization of state digital currencies in the world. According to her, the regulators of almost 100 states are at various stages of study, development and testing. CBDC.

Georgieva noted that the Fund actively participated in the study of the state digital currency and provided expert support to the states that launched the research and development program of the Central Bank’s digital currency.

She expressed her opinion that the digital currencies of the Central Bank cannot be a universal financial instrument.

Georgieva explained that state digital currencies will perform different tasks in each country, since states use different economic models. Georgieva expressed the opinion that in developing countries, digital currencies of the Central Bank can provide the population with access to financial instruments, and in more developed countries, CBDCs can play the role of a reserve means of payment.

Georgieva stressed that the Fund believes that, first of all, the digital currencies of the Central Bank should ensure anonymity and security for the financial system. These qualities should be taken into account when developing them.

She believes that the interest-free use of government digital currencies can protect the banking system. According to Georgieva, it is equally important to set limits on holdings of digital currencies by the Central Bank in order to “prevent a sudden outflow of bank deposits into CBDCs” .

“In many countries, privacy concerns are a potential barrier when it comes to legislation and the adoption of CBDCs. Therefore, it is vital that politicians correctly combine these two concepts.

In conclusion, Kristalina Georgieva called on the Central Bank to find a “balance” between development and policy state digital currency, explore the possibility of cooperation between the state and business to work on the features of the CBDC and ensure financial stability. In January, IMF Director of the Monetary Department Tobias Adrian stressed in his report that cryptocurrencies have become part of the digital revolution and affect the entire global market.