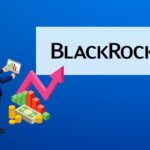 BlackRock, the financial management giant, will offer investors a new trading service cryptocurrencies. This was reported by several insiders close to the investment corporation. Most likely transactions will be conducted through their own Aladdin platform.

The company is based in New York and manages assets totaling $10 trillion. In the near future, customers will be able to buy/sell tokens using BlackRock as an intermediary for transactions. Later, the company will expand the list of services and add lending. Clients will have the opportunity to obtain loans secured by cryptoassets.

The financial corporation is focused on government departments and services, charitable foundations. The opening date of the service is still unknown, and the company itself refuses to comment.

Also, BlackRock has created a working group exploring new solutions and opportunities for digital finance. They hope to profit from the sector and follow the lead of their competitors. Most of the large Wall Street financial institutions have already begun the transition to digital assets. As an example, Morgan Stanley, Goldman Sachs and Citi.

Recall that at the end of January the company filed an application with the SEC to launch an exchange-traded fund.