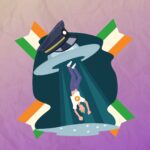 A resident of India, successfully trading in cryptocurrency, was kidnapped by a gang of malefactors of 8 people in order to obtain a ransom. They hoped to receive $100 million in bitcoin and more than $11 thousand in cash. However, when the police went on their trail, they were forced to release the kidnapped.

The incident happened in the city of Pune January. A cryptocurrency trader named Vijay Naika was kidnapped and held hostage, forcing him to transfer his bitcoins to an account specified by the attackers. However, the local police were able to quickly locate and neutralize the gang. Vijay was released and returned home.

A feature of this resonant case was the fact that the gang was assembled and the kidnapping was planned by a police officer who worked in the cybercrime department. He had the necessary access to data on cryptocurrency accounts, and he knew how many bitcoins were in Vijay Naik’s wallet. . A representative of the local police, commenting on the incident, noted that although the cryptosphere is unregulated in India, this does not prevent investors from accumulating wealth that attracts the attention of various kinds of scammers.

The authorities have banned cryptocurrency transactions in the country several times, but every Once the restrictions were lifted, the situation escalated again. Fortunately for Vijay Naik, this story ended happily. However, according to a police spokesman, not everyone is so lucky. You need to be careful and careful.