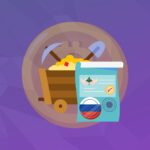 The Ministry of Economic Development of the Russian Federation proposes a number of measures to regulate the sphere of circulation and production of digital assets. Among other things, the agency considers it possible to legalize mining in regions with excess electricity.

Now in the Russian Federation, the issue of regulatory regulation of the crypto-currency sphere remains open. The Central Bank insists on a complete ban on activities involving such assets.

The Ministry of Finance, on the contrary, stands for sound management. The President urged the parties to reach a consensus. The Ministry of Economic Development sees it in the partial legalization of mining and the development of regulations for managing this area.

In particular, the Ministry of Economics proposes to equate the extraction of “coins” with commercial activities and introduce taxation upon the conversion of digital assets into rubles.

As for mining, the agency advocates not only partial legalization, but also the introduction of benefits for participants in this area. So, for example, a business can count on lower tariffs, as well as discounts when connecting farms to the network.

The government proposes to fight “shadow” mining by creating a threshold for domestic electricity consumption. It has yet to be formed, but the idea itself seems sound.

If household expenses are higher than the set value, then its tariff is changed to commercial. This will reduce the number of clients who mine cryptocurrency bypassing the established rules.

In the Central Bank, the idea of ​​the Ministry of Economics was criticized. The regulator believes that even partial legalization of the process of issuing cryptocurrencies will lead to additional problems, including in the manufacturing sector.