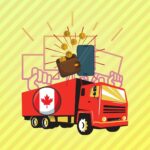 “Now we are talking about how to protect Canadians, their workers places and restore people’s faith in fundamental institutions,” Trudeau said.

The reason for such drastic measures was the ongoing protests in the capital. Despite police efforts, there are still several hundred trucks left in Ottawa. The protesters are helped by local residents.

Together with the new regime, a number of rules relating to the financial sector come into force. During the blockade, banks can unilaterally freeze accounts.

In addition, the government is significantly expanding the scope of anti-money laundering and counter-terrorist financing regulations. Now government regulations will be extended to crowdfunding platforms and service providers in the field of digital asset circulation.

These counterparties are required to immediately report suspicious or any sufficiently large transactions to the authorities. Also, such sites should collect and store data about the participants in such transactions.

All measures take effect immediately upon adoption. And this is only part of the new rules. The government is also considering a package of bills in the social and economic spheres. It is noteworthy that earlier the position of the Central Bank of Canada suggested that cryptocurrencies do not pose a threat to the traditional economy. Apparently, the influx of funds to support the protests from anonymous sources has changed the view of the authorities on this issue.