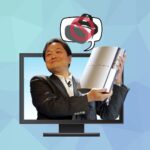 He also opposes VR because he “hates” headsets

Founder Sony Computer Entertainment -year-old Ken Kutaragi is disappointed with the idea of ​​metaverses. In his opinion, this is just a “forum for anonymous people”, and nothing more than a “quasi-real world in virtual space”.

The “father of the PlayStation” shared his thoughts about this industry in an interview with Bloomberg. Directly Kutaragi himself heads Ascent Robotics Inc., a successful startup in the field of AI.

In the role of the mission of the new enterprise, the businessman sees the synergy of the real world and cyberspace without additional “crutches” in the form of a headset or holograms:

“Headphones just isolate you from the real world. It doesn’t suit me. I just hate headsets.”

What regarding the metaverses, Kutaragi considers them fake:

“Which would you rather be yourself in the virtual world or control a polished fake doll?”. 201080

Inventor of the PlayStation believes that VR and AR technologies do not in any way contribute to the unification of the real and the virtual. In his opinion, this is just an attempt to recreate the real world in an isolated box with predetermined parameters.

Remarkably, the attempt to “shove” VR headsets into PS4 users turned out to be a complete failure. In total, about 5 million units were sold. Sony is currently working on a PS5 equivalent.

Their direct competitor is Microsoft, the developer of the Xbox console, and does not plan to develop this direction at all in the near future. So the position of buyers echoes the opinion of Kutaragi. If you want to learn more about what the metaverses are and what opportunities this market opens up, we advise you to carefully study our material on this topic.