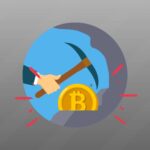 Recently, this metric has grown to record heights

We will tell you what this means for the crypto market

The main cryptocurrency fell to a six-month low this night. But her foundation is stronger than ever. Data from monitoring systems confirms that the difficulty of the Bitcoin network has been at a new all-time high since Friday. It grew by more than 9% – this is the largest figure since last summer. Today’s jump was the second increase in 2000 year (after a 0,10% January 8).

What does it mean

This metric measures how hard miners have to work to compute and process transactions on the blockchain. It is perhaps one of the most important foundational components of the Bitcoin network.

Difficulty automatically increases or decreases depending on the participation of miners – the higher the competition among them, the higher the complexity. As a result, they maintain stable cryptocurrency mining regardless of factors such as market sentiment, prices, or unintended incidents.

After the decline in the middle 2021 of the year, mining difficulty has increased again. As a result, she reached a record high in 10 trillion hashes (T). The previous record was , T.

Analysts emphasize that miners (unlike investors) do not panic and are interested in getting more bitcoins.