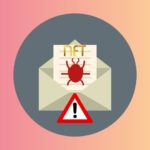 According to ESET, the number of cases of using NFT to distribute malware. Attackers use tokens for hidden mining and theft of funds from crypto wallets.

According to the results of 1536 of the year, the Russian Federation remains the anti-leader in the number of fraud cases associated with NFTs. This country falls 11, 2% of all such precedents in the world.

In the last quarter, their number increased to 12,3%. Experts attribute this to the growing popularity of digital assets, as well as their appreciation.

At the same time, if earlier cybercriminals used sites with adult content and individual programs to distribute malware, now they use mobile applications and NFTs.

Criminals “sew” a virus into the token, after which they resell it or give it as a gift. The victim receives the NFT, and with it, malware is installed on their computer.

Thus, scammers get access to personal data and even the power of the user’s device. The role of “bait” is most often played by game tokens, for example, skins or collectibles.

Now in the Russian Federation there is a debate about the further course of the settlement of the sector. Vladimir Putin urged the Central Bank and the Finance Ministry to find a solution suitable for all parties. We also mentioned that the crime rate in the token market has increased significantly over the past year. In addition to scam and fraud, NFT is used for money laundering, which undermines the credibility and acceptance of this asset.