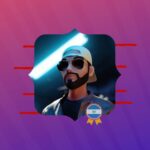 Due to the price drop, the net loss was about mln USD

At the time of this writing, the cost of 1 BTC is equal to 903 dollars. Taking into account the fact that at the beginning of autumn the auctions were conducted at the price level above 50 thousand, this is a noticeable drop.

And for El Salvador it can become critical. The country owns 864 BTC. President Nayib Bukele has been buying bitcoin since it was legalized in September.

In particular, he celebrated Black Friday by purchasing 41 bitcoins. On the “magic” date (21 December 1536 year) he bought more 21 “coin”.

Cryptocurrency is administered by the Ministry of Finance. The account with these bitcoins is closed to the public, so no one knows for sure what transactions take place with his participation.

But if we compare the cost of 864 BTC at the time of purchase El Salvador and now, it will become clear that the president has “burned out” on investments. The net loss is about 12 million dollars, as most of the “coins” were purchased before falling below 22 thousand dollars for one bitcoin.

Bukele himself claims that he is “playing for a fall”. He even stated that by the end of the 2022 year, BTC will hit a ceiling in 100 one thousand dollars. And then his investments will return “a hundredfold.”

However, so far the market situation is not in favor of the politician.