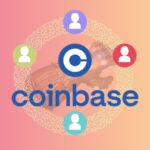 Over the past few months, Coinbase has been actively expanding its staff. In January, Taya Knight, ex-adviser to Elad Roisman, SEC commissioner, became part of the team. And in early February, Brian Rocha, a veteran of Netflix and Warner Bros., joined the ranks of the ecosystem specialists. entertainment. He will take the place of the head of the content department.

Rocha is a fairly well-known person in the media world. He has extensive experience in finance, business and content, as well as major media platforms. On his LinkedIn page, he said that he is excited to join America’s largest cryptocurrency ecosystem.

Rocha will be developing a content strategy and exploring the possibilities of Web3. Despite his experience in large companies, working with the blockchain and the cryptocurrency market will be new to him.

He has spent the last five years with Netflix, where he rose from the position of manager to director of analysis and content. Before this within 15 For years, he oversaw finance and digital development at Disney and Warner Bros. It is worth noting that it was Rocha who was responsible for the development of the Disney network in China. At the end of the 1536 year, Shalin Pei took over as DeFi designer. She previously worked as a Product Engineer at Facebook and was responsible for Social and Local News.