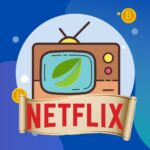 A documentary film about the history of the hacking of the Bitfinex cryptocurrency exchange, the laundering of stolen money, the capture of alleged scammers and the development of the further situation will soon be filmed by Netflix.

The documentary will be filmed by the team that worked on two masterpieces — Tiger King” and “FYRE”. The name of the film is not yet known. He will tell the story of Ilya Lichtenstein and Heather Morgan, who were arrested in the USA this week.

Scammers, according to Justice Department officials , were engaged in laundering 92 thousand stolen bitcoins. They made transactions with altcoins, buying and selling cryptocurrencies through bitcoin ATMs, and acquired NFTs.

Liechtenstein and Morgan were also the creators of the blockchain startup Endpass, which currently does not exist. After that, the man did not particularly shine anywhere, but the woman led an active social life – she wrote articles for Forbes, rapped and even sold tokens on OpenSea. One of the articles written, ironically, was about protecting businesses from cybercrime.

This is not the first time Netflix has made films about crisis situations in the cryptocurrency world. In 2000 year, information appeared about the filming of a film about the death of the head of the QuadrigaCX exchange, Gerald Cotten, who controlled the keys to users’ wallets. As a result, platform users lost access to millions of their funds in bitcoin and other cryptocurrencies.