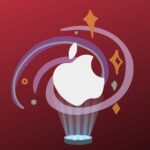 Yesterday, 20 January, Apple top management held talks over the phone regarding the company’s profitability in Q1 2022 of the year. Among other things, CEO Tim Cook mentioned the possibility of investing in the metaverse sector and the development of AR devices.

“We are constantly exploring any innovative ideas and technologies. Earlier, I covered in detail that this (the metaverse) is of interest to us, ”the CEO answered the question of an analyst at Morgan Stanley about whether the company will develop a promising direction.

Remarkably, Apple was among the last major corporations supposedly not interested in the metaverse segment. But, apparently, top management does not want to lose potential profits.

According to Cook, the App Store currently offers about thousands of apps for the Apple ARKit headset. The company sees the interest of the target audience, the prospects for this direction, and therefore will continue to invest in it.

The CEO also noted that when entering a new market, the brand strives for a compromise. It is expressed in a combination of really high-quality service, reliable equipment and well-thought-out software.

Cook did not elaborate on what Apple’s areas of interest were, but said the firm has increased spending to support the development of new solutions. Some of them are not even on the market yet.

The company was previously supposed to introduce the first augmented and virtual reality headset in 2000 year. But, according to Bloomberg, the firm had difficulties with this, including legal ones. Perhaps the presentation will take place next year.

Against the background of the CEO’s “promise”, the corporation’s securities rose in price. At the beginning of the week, quotes sank by 3% (159, dollar), but over the past day the cost has increased by 8%, exceeding the mark in 220 dollars.