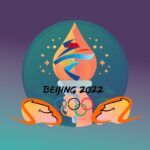 Alibaba releases an NFT kit, but due to censorship avoids such an abbreviation

The first icon was bought almost overnight after the release

Thanks to Alibaba, modern trends have not bypassed the Olympic Games 2022. The largest trading platform has released a debut collection of non-fungible tokens in honor of key sports, without which the Winter Olympics would be unthinkable. Among them are speed skating, freestyle, slopestyle and figure skating.

«Digital Collectibles” took the form of virtual badges, on which the beautiful four flaunts. And, of course, everything is done according to the artistic style traditionally used in the Celestial Empire.

There are 8 888 instances of each icon. You can make them your purchase by visiting the Alibaba Taobao and Tmall online platforms. Deadline — February, in fact, the day of the end of the games. By the way, no sooner had the first token from the collection depicting a skater crossing the finish line been released than it was dismantled literally in the blink of an eye. collecting.” This is done intentionally to avoid naming NFT that are under completely taboo in Beijing due to the ban on transactions with cryptocurrency. There is also one more caveat: you can own items, but it is forbidden to use them for commercial purposes.