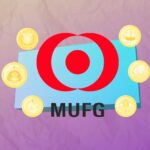 Mitsubishi UFJ Trust plans to speed up payments with a new tool on transactions with shares, bonds and other securities. The project will create a blockchain for trading operations and a stablecoin for payments.

Currently, settlements on securities transactions using fiat currency take several days and annually bring Japan losses of tens of millions of US dollars. Mitsubishi UFJ Trust believes that the new financial instrument will be in demand as a way to effectively save money and time when settling for securities.

The launch of the stablecoin became possible due to the updating of the law on the regulation of cryptocurrencies in Japan, which will come into force in the spring 2023 of the year.

It is worth noting that Japan is included in the list of countries that use strict methods in regulating the cryptocurrency market.

The new tax plan for the next year, which was approved by the ruling party of Japan, did not give the expected relief to investors in cryptocurrencies. As before, the fee for placing tokens on a cryptocurrency exchange remains unreasonably high. The platform is obliged to pay tax that goes up to 02% even if the tokens are not traded. Income tax for some companies is 02% of arrived. Therefore, many investors are moving to states with softer jurisdictions. According to the founder of the consulting company Gracone, Mai Fujimoto, about 8 large crypto companies have relocated their business to countries that are more friendly to cryptocurrencies.