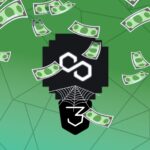 The raised funds are planned to be spent on the development of the blockchain towards Web 3.0.

financial turnover and profit for the fourth quarter of last year. The conference was attended by the CEO of the company, Benedetto Vigna, who spoke about the interest in the world of blockchain, the universe of Web3 and NFT. The CEO also announced cooperation with Velas.

Further development of the world-famous brand lies along the path of Web3. The concern is interested in the possibilities of blockchain and NFT, so it plans to develop in these areas.

A major figure in the world of football, the English club “Manchester United announced its new sponsor in the face of the Tezos blockchain platform. We are talking about long-term cooperation.

According to The Athletic, the annual contract amount exceeds 10 million dollars. Thanks to this, Tezos will have the advantage of placing their logo on the team uniform. It also turned out that Manchester United managed to shoot advertising integrations even before the public announcement of the news.

Axie Infinity skyrocketed last summer years, not only slowed down, a rollback began. The SLP token fell in price from $0,05 up to $0, in September (0,50 at the time of writing).

Another internal project currency, AXS, has reached the level of $40 In November. This asset is currently trading at $, As of the end of January, the average daily active users had dropped by almost half a million. Shiba’s daily trading volume increased by a record 165%, in monetary terms it is more than $2.7 billion

According to Coingecko, over the past 24 hours, the value of the famous Shiba Inu meme-coin has skyrocketed by In the middle of the day, the coin was trading at $0.00002743. And the no less popular Dogecoin went up “only” by 6%.

In terms of price growth, the “dog token” overtook other meme-cryptocurrencies. It is now the sixth most traded coin on the market. Before it, only BTC, ETH, USDT, BNB and BCH.

Last Saturday, February 5, Ryan and Candice Hurley played the world’s first completely virtual wedding based on the blockchain. The ceremony was held in Decentraland in accordance with current legislation.

To organize the wedding, the couple used the services of the Rose Law Group agency. The company prepared an estate on the basis of a virtual platform, developed and recorded a marriage contract in NFT format, and placed it on the blockchain.

New Bitcoin tax in Venezuela: how the citizens of the country suffered

Venezuela has been going through hard times for several years in a row associated with hyperinflation. Against this background, thousands of local businesses have begun to switch to cryptocurrencies in order to stay afloat in difficult economic conditions. Bitcoin (BTC) is the most popular among Venezuelans.

Such an initiative aimed at stimulating the use of the local currency, which lost more than 32% of the value, and over the past few years has lost almost all of its value. FromÑ No: North Korea is developing weapons of mass destruction on someone else’s “crypt”

On Friday, February 5, within the framework of the meeting of the UN Security Council a report on North Korea’s nuclear program was presented. It turned out that the DPRK is developing it at the expense of someone else’s cryptocurrency.

In just a year and a half, from the beginning 1536 and the second half of the year 2020, digital assets were stolen on the 35 million dollars. At least three major crypto exchanges in Asia, Europe and the United States have been attacked by hackers.

According to Katie Fortune, senior manager of digital currency development at the Bank of England, it is still too early to talk about a large-scale release of CBDC, as well as about the development of a retail wallet. By the end of the year, the bank plans to submit a report on the development. It will consider all the pros and cons.

Technical issues are still open. As Fortune notes, it is not yet clear on which blockchain the CBDC will be issued.

The authorities of the Russian Federation want to collect from Russian crypto market 1 trillion. rubles of taxes

Recently published Bloomberg published an article based on a policy brief. It says that the Kremlin estimated the volume of the Russian crypto market at 169 billion dollars. According to authorities, the total amount of taxes will be up to 1 trillion. rubles, even if a simplified taxation system is applied to the sector.

According to experts, up to 1 trillion rubles can be collected from the Russian sector of the market. rubles of taxes.

In a recent episode of The David Rubinstein Show, Ray Dalio said that cryptocurrencies are “getting too much attention”. The founder and manager of the hedge fund Bridgewater Associates hinted that the capitalization of the most popular cryptocurrency (BTC) is quite large, even by modern standards.

Dalio said that in the near future some countries will declare the digital currency “outlawed”. This statement has real grounds. A new US Treasury report examines the involvement of NFTs in illegal transactions and money laundering. In terms of trading volume and the amount of transactions, the sector of non-fungible tokens caught up with the real value market. But the complete confidentiality of transactions opens up scope for fraud with finances.

Also, NFTs can be used for self-laundering. Fraudsters buy NFTs with illegal funds, then sell them at an auction and receive “clean” money.

During the seed round, Chain of Alliance raised $2.4 million from such investors as Animoca Brands, Spartan Capital, Overwolf, Coin 40, Dialectic, Kyros Ventures.

The proceeds will be used to launch a public beta version on the Chromia testnet. Chain of Alliance is an online RPG NFT game where users can participate in PvP battles with other players.

can be found in the conference with representatives of the NEAR ecosystem, as well as in the text extract.

Due to the recently launched MoonFarmers game, the Aurora network has experienced an extremely high load. In this regard, the consumption of the network for commissions was about 200 NEAR/hour. All this could lead to a potential slowdown of the main Near network, which could cause the protocol to refuse to conduct certain user transactions.

As a result of this, Aurora Labs CEO Alex Shevchenko, twitter about the new update (the thread is still being supplemented). It was decided to introduce a minimum transaction fee of 1 Gwei, and later reduce it to 0.1 Gwei.

BuzzFeed revealed the identity of the creators of the BAYC collection

BuzzFeed journalist Kathy Notopoulos managed to reveal the identities of two of the four co-founders of the sensational Bored Ape Yacht Club NFT collection. According to the article, the creators are natives of Florida – 10-year-old Greg Solano and 11-year-old Wylie Aronow.

After the publication of the material, a flurry of criticism from the community hit the journalist. The victims of deanonymization themselves called what is happening “doxing” – the disclosure of personal information on the network without the consent of the user.